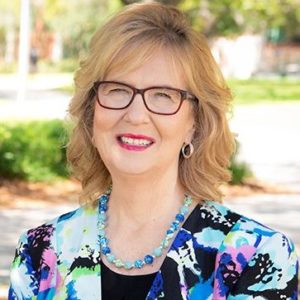 The Governor’s Race is heating up! Districts across the state are vying for attention, and issues facing the 2022 election cycle will cover  everything from critical race theory, law enforcement, transgender rites, economic recovery, education and more. Hear from Florida’s leading political analyst on what to expect for the 2022 Election Cycle.

From 1998 to 2015, she served as political analyst for WFLA News Channel 8 (Tampa’s NBC affiliate). Since 2016, she has been the political analyst for ABC Action News (Tampa’s ABC affiliate). She is a featured columnist on sayfiereview.com—a widely read Florida-based political website. MacManus has appeared on every major broadcast and cable television and radio network and been interviewed by major newspapers in Florida, the U.S., and abroad.  She serves on the UF Bob Graham Center For Public Service Council of Advisors and on the Board of Directors of the Florida TaxWatch Center for Florida Citizenship. She chaired the Florida Elections Commission from 1999-2003 and is Florida’s most-quoted political scientist. MacManus is not affiliated with any political party.

SPECIAL THANK YOU TO OUR ANNUAL SPONSOR

HAVE A QUESTION?
Please don’t hesitate to send in your questions prior to the event to info@swfltigerbay.org OR ensure you write them.

KNOW BEFORE YOU GO
In order to assure you and the theatre’s employees will be safe, Broadway Palm will be taking temperatures before you enter the building and requiring a face mask/covering be worn at all times, with the exception of when you are enjoying your meal.

For more information on the health and safety measures they have taken CLICK HERE.